There are few famous ‘antique’ rifles in human history which are as renowned as the Mosin Nagant. This rifle is more than a century old but is still used down to today by hunters as well as some professional armies.  The Jackson Hole Shooting Experience retired a 1928 Mosin Nagant in 2017 after firing more than 8,000 rounds through it.  Our newer version is a 1940’s version.

The Mosin Nagant has a glorious history, from charging bloodbaths and cunning sniper kills to revolutions and hunting. This rifle has been through a lot and here we’ll look at it.

Origins of the Mosin Nagant

Russia is famous for manufacturing weapons and is probably the largest exporter of firearms in the world. But the case was not the same a century ago. It all started during the Russo-Ottoman war of 1877-1878. The Soviet troops used the Berdan single-shot rifle. It was no match for the Turkish forces equipped with Winchester repeaters. The Soviet army suffered heavy casualties especially at the siege of Pleven, which made the commanders look for better combat rifle alternatives. 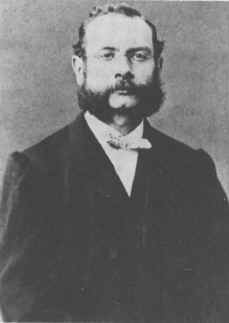 Nagant’s design had a better feed system, but a more complex disassembling procedure. A committee finally decided on Mosin’s version. The production of these rifles began in the year 1891 under the name of 3-line Rifle M1891 (Pekhotniya vintovka obr. 1891g). However, there was bias in the selection process: Russian politicians appeared to favor this design by a fellow Russian.

This claim of bias lies in the dispute filed by Leon Nagant. He filed an international patent protection over the “interrupter”. Mosin couldn’t file a patent because he was a Russian Army officer. The status of his design was an official government “secret”. To protect the gun – and t to save money too – Russian officers threatened Nagant with a ban from any further ‘trials’ of the Russian Army.

Under this pressure, Nagant withdrew his case. He probably couldn’t have won because Mosin’s design was already claimed as a ‘government secret’. Later Nagant remained a major contractor of the Soviet Army. He gained a lot of fame with his 1895 Nagant revolver, which was adopted as the official sidearm of the Russian Army.

At this point you might be wondering why it’s the Mosin Nagant, then. That’s because it wasn’t original name of this rifle. Instead this spread in the West due to the disputes about who really designed it – Sergei Mosin or Leon Nagant.

The Russo-Japanese War (1904 – 1905) was the debut theatre for Mosin Nagant rifles. By 1904 more than 3.8 million M1891 rifles had been manufactured in three Russian ordnance factories in the cities of Tula, Izhevsk and Sestroryetsk. However, it didn’t see much combat because a large part of the Russian Army on the front lines still had to make due with the single-shot Berdan rifles.

The two primarily manufactured versions until 1905 were the dragoon (issued with a bayonet) and cossack (issued without a bayonet) types. Cossack Mosin Nagant rifles are pretty rare these days and can be recognized by the mark Ka3 on the chamber.

Click HERE to continue this article about the Mosin Nagant Rifle on Gun Mann!